Tony Leo ‘Signs Off’ after 29 years in Radio Broadcasting

Tony Leo, the Station Manager at Radio St Helena retired on 15th October after 29 years service to the Island. Tony’s career in radio began on 9 April 1973 when he applied for and was successful in getting the job of Broadcasting Officer with what was then known as the Secretariat (now OCS). At that time the broadcast service was in its infancy and fairly primitive compared to other places. Its primary function was to produce schools broadcasts that were educational airtime was needless to say very short. As time went on broadcast hours increased as programming expanded. All this was before the arrival of video/TV on the Island and local radio became an essential means of not just entertaining the population but also keeping them informed via news and public information broadcasts. The Station was bombarded with requests from members of the public who wanted to go on air and produce their own types of programmes; these people became the Voluntary Producers who formed the backbone of the Station and make a vital contribution to the life of broadcast radio on St Helena providing a broad and varied diet of listening opportunities to this day. In the early days programmes such as ‘Down Main Street’, ‘Record Den’, ‘Station X’ and ‘Weekend Melodies’ were immensely popular. Tony was the lynch pin that held all these developments together ensuring that things went as smoothly as possible. In 1982 Tony went to the UK for training with the National Broadcasting School where he gained a Certificate of Proficiency in broadcast production and presentation. Tony went to Ascension in 1986 to talk to BBC personnel about the type of equipment needed for Radio St Helena, needless to say budgets were small and technical growth may not have been as fast as was wished for. 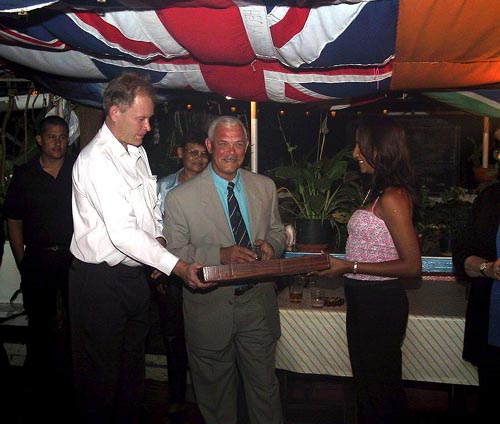 In 1990 Tony’s post was re-designated Station Manager when the Secretariat became the Office of the Chief Secretary. The same year ‘Radio St Helena Day’ made its first broadcast to the world via short-wave. The idea came from John Ekwall, Jan Tuner and Lennart Deimart of Sweden who enthusiastically supported and helped with developing the programmes. With the assistance of Cable & Wireless the Radio Station was able to broadcast live to amateur radio operators in all parts of the world; reception messages flooded into the station by phone, fax and latterly e-mail. The broadcasts contained music, messages and talks as well as a CD Lottery and Quiz. Radio St Helena Day was immensely popular and did a great deal to raise awareness of St Helena; sadly the last event took place on 23rd October 1999 when the transmitters became inoperable. During his career Tony has seen and been responsible for tremendous, innovative and technical developments in radio broadcasting on St Helena; his knowledge, enthusiasm and experience in broadcast media are self evident to all who meet him. Last Friday at Ann’s Place the St Helena News Media Board hosted a drinks reception for Tony. In attendance were staff from both Radio St Helena and the St Helena Herald as well as Voluntary Producers, some of whom had been at the Station since it opened in 1967, and their spouses. Mrs Georgie Benjamin, the Chairman of the Media Board said a few words outlining Tony’s career and thanked him for his many years of valuable service to radio. Tony’s successor as Station Manager, Ralph Peters said: ‘Tony won’t be an easy act to follow but we have an excellent staff at the station and together we expect to see this branch of the Media Services continue to flourish in the future. 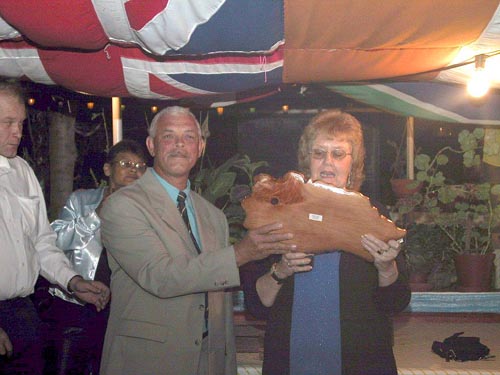 ‘ Miss Shelley Magellan, Assistant Reporter at the Herald, then presented Tony with a beautiful hand crafted wooden plaque in the shape of the Island with the inscription: ‘Awarded to Anthony D Leo in recognition of 29 years of loyal dedication to Radio Broadcasting on St Helena.’ Tony thanked everyone for the gift and gave some reminiscences of his career over the years. He closed by urging the incoming new members of the Media Board to support the Media Services to the full because of their vitalimportance to island life.

Thank You One And All.

I was touched by the thoughtfulness of someone who decided to have a party and presentation on my behalf. I felt very honoured, really. I have received many cards, letters, e-mails, and have had telephone calls from friends and radio fans congratulating me on my retirement. How time flies. I can honestly say that I have enjoyed my job as Radio Station Manager for the past Twenty-Nine Years, but I feel it was time for me to leave. It was difficult to make that decision, but as a seconded member of staff I chose early retirement. It is funny, but I keep thinking I am only on a short leave, which will end soon, and then I must get back behind the microphone. I think I am slowly adapting to the new system, and after a few more days of getting up at the crack of dawn and being exposed to the elements through the day I will soon get the studio surroundings of my mind. Leaving Radio St. Helena after 29 years of service does not mean that I am throwing in the towel as it were. I have a Sunday Evening Radio Show that I shall look forward to in presenting it, and of course I will be happy to offer information or advice on the topic of broadcasting to anyone. Radio St. Helena is now well equipped, and should be capable of embarking on any type of programme for transmission. I sincerely hope that more people will take up the art of producing radio programmes and more importantly join Radio St. Helena as a full time member of staff. During my time in the broadcasting field, I can say that I have had my fare share of ups and downs, moments of uncertainty and moments of pleasure and job satisfaction. I hope the remaining staff will also experience this feeling as they develop their skills and take on more responsible tasks. I leave behind many friends in the radio world, and I will always remember those who have already left Radio St. Helena for their corporation, assistance and guidance not forgetting the planning for special occasions, taking live radio broadcasts with the Outside Broadcast Vehicle, the World Wide Transmission that started in 1990 and continued on an annual basis until 1999, and the hundreds of people I have met and interviewed for programmes throughout my time. Radio is always first; it is exciting and will remain so. That is why I live by my radio everyday. May I now wish all staff of the St. Helena News Media Services job satisfaction throughout their carrier and all good wishes for the future. I thank you all for the wonderfully hand made plaque presented to my on Friday Evening. It has been placed in a prominent spot for all to see and admire. 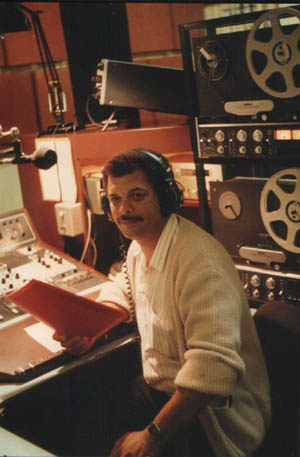 When visiting www.news.co.sh you will be updated on what’s going on St Helena – by reading or by listening!