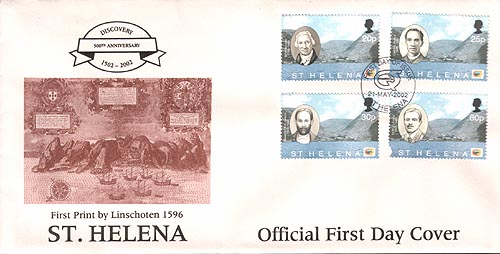 Sir William Webber Doveton has the distinction of being the only the St Helenian to have been knighted. Descended from a 17th century settlter family, he entered the East India Company’s St Helena service as a writer and rose to become a leading member of Council and popular Commandant of the St Helena Volunteers during the Napoleonic wars. For this he was presented in 1810 with a 100gn. Sword of Honour which is now preserved in the St Helena Heritage Society Museum. The naturalist W J Burchell, the Company’s botanist on the island, wrote warmly in his diary of Doveton’s manners and speech.’ That good old man .. is the best Islander and posseses an excellent heart.’ In 1818 he went to England to receive his knighthood from the Prine Regent at Brighton Pavilion (30 January 1819). A story is told that, on arriving in London and meeting a lady he knew in one of the crowded streets, he asked her to defer their conversation ‘until the possession had passed’! On 4 October 1820 Napoleon, with his entourage, paid an unexpected visit to Sir William at his house, Mount Pleasant, Sandy Bay, taking a cold meal prepared for thte occasion. This was remarkable as Napoleon very rarely paid visits, or took a meal with strangers, and it was the last time he ventured beyond the grounds of Longwood House, his home during his exile (1815-21). Doveton died at the age of ninety in 1843. His grand-dayghter, Anna, became the mother of Admiral Sir Frederick Doveton Sturdes, vitor of the Battle of the Falkland Islands in 1914.

Lawrence Chase Walcott came to St Helena in April 1909 as Vicar of Jamestown and gave unstinting service to the Island community for almost forty years. Born in 1880 of a West Indian barristeeer father and English mother – his maternal grandfather was Frederick Martin, founder of the Statesman’s Year Book – Walcott was educated in England and trained at St Augustine’s Colege, Canterbury, before being ordained in South Africa in 1906. He soon made his mark as a diligent, single-minded and scholarly priest and pastor, winning the affection and trust of his parishioners. For several years, however, he faced opposition from country congregations who objected to a coloured priest though, as Bishop Holbech reminded them, most of them were coloured. In 1917 Walcott returned to England, but on hearing of the Bishop’s difficulty in replacing a succesor, he returned to Jamestown in May 1921, accompanied by his bride, Winifred Ida. They remained to serve the island for the rest of their lives. In ddition to parochial duties Walcott vigorously supported Church schools, tacher training and youth work through the Church Lads’ Brigade and the Scout Movement. He founded the first Scout troop in 1915, followed in 1921 by a guide Compnay fonded by his wife, and when in 1936 they were inspected by Lord and Lady Baden Powell the chief Scout expressed surprise at finding ‘a group so large abd so smartly turned out in uniform’ on the little island. Walcott was also a keen promotor of team games – football, hockey and especially cricket – for their character-building qualities. His influence was further strengthened trough the monthly St Helena Magazine, the only island periodical, which he edited and printed for thirty years (1921-51), an invaluable source today for local historians. For many years, when he was the only priest on the island apart from the Bishop, the distant district of Blue Hill was added to his pastoral caare. In 1950 Canon Walcott resigned on health on health grounds – he was 70 – and died at his home, Palm Villa, a year later. He was buried next to Winifred, who predeceased him in 1941, in St Paul’s Churchyard. There, in 1986, on the 35th anniversary of his death, his memory was honoured by a large attendance of Scouts and Guides at a Requiem in the Cathedral and laying of wreaths. As part of the Quincentenary Celebrations in 2002, a Walcott memorial is being unveiled on 21 May in St James’s Church garden.

Hudson Ralph Janisch has the distinction of being the only St Helenian to have held the post of Governor since the Colony came under the Crown in 1834, and is one of the longest-serving in that role. He was the eldest son of Georg Wilhelm Janisch of Hamburg, personal secretary to Sir Hudson Lowe during Napoleon’s exile, who in 1823 had married Ann Mira, daughter William Seale, and settled on St Helena as a merchant agent and Hanseatic Consul for Hamburg and Bremen. Janisch, named Hudson after the former Governor, joined the civil service and, despite prejudice against him as a Baptist layer preacher, rose to its head as Colonial Secretary in 1868. With the recall of Governor Patey in 1873 he was appointed Acting Governor by the Colonial Office and ordered to lease or close Plantation House, the Governor’s official residence. Following a change of government in London, Janisch was confirmed as Governor in 1873 -‘the right man in the right place’, commented the St Helena Guardian – but on local salary (£900 p.a) without accomodation. Thus he continued to live at Palm Villa, next to be abandoned Botanical Garden in upper Jamestown whrer, as a keen amateur astronomer – he was a nephew of Johann Encke and a Fellow of the Royal Astronomical Society – he had built a private observatory. He worked hard to counter the colony’s economic decline, encouraging the development of the first flax industry in 1874, and fostering pride in the Island’s heritage, compiling a volume of Extracts from the Records which was published posthumously in 1885. In 1882 he lost his eldest son, Bertram, who had qualified as a doctor and practised on the Island. Janisch himself died in office two years later, on 10 March 1884 at the age of 59. His widow, Eleanor, daughter of Captain JJ Pritchard of an Island family long established in the Company’s service, emigrated with the family to the Cape. An imposing memorial was erected ‘by the inhabitants’ at the Baptist cemetary, Knollcombes, ‘to commemorate the high respect and esteem in which the late Governor was universally held’.

Wilberforce John James Arnold is commemorated on the Island’s most prominent memorial, an obelisk in the main square of Jamestown, as ‘thegreatest friend St Helena ever had’. This is no exaggeration when it is considered that, over a period of twenty years, he carried the responsibilities of physician, surgeon, dentist, health officer, Justice of Peace, Member of Council and, on three occasions, Acting Governor. Arnold was born in Belfast where he received his medical training at Queen’s College, and began his career in 1895 as a surgeon at Aberdare, among the coal mines of South Wales. In 1900 the AngloBoer War brought him to St Helena with the Volunteer Medical Staff Corps, to attend the troops and the Boer prisoners’ hospital in Jamestown. In 1903 he was appointed Colonial Surgeon and Health Officer, becoming so devoted to the work that, depsite the low salary (£200-£300 p.a. ‘plus horse allowance’), pressure of work, ususally as the only doctor, and his own indifferent health, he spent most of his life in the Island’s service. Arnold, who was a Fellow of the Royal Geographic Society, left the Island but twice to study ways of meeting its particular medical problems. During the First World War (1914-18) he served in the Royal Army Medical Corps on hospital ships and in Palestine, reaching the rank of Major, returning to St Helena in 1920 ‘to cheers from the crowds’ at the Wharf. It was not only his diligence and willingness to serve the Island in so many roles that earned him the love and respect of all classes, but his caring manner aand the missionary zeal which imbued all his work, derived from his Presbyterian background. He never stinted in his labours, visiting the sick and elderly, supporting charities from his meagre funds, paying fees rather than accept them from the poor, while living frugally as a bachelor, latterly at Maldivia by courtesy of the owner. His work in preventine medcine, insatilling basic rules of diet, hygiene and public health, are said to cut the death rate by two-thirds – from 17.3 to 6.4 per thousand – within ten years (1899-1909). In November 1924 Dr Arnold’s life was saved by an mergency operation performed by a visiting naval surgeon. Though far from well he resumed his duties, not only as the lone medical Officer, but as Acting Chief Justice and Acting Governor, and it was while attending a ceremony at Longwood in his capacity that he collapsed and died on 27 January 1925. He was 57. It is said that half the population flocked to his funeral. Thirty years later an elderly ‘Saint’ told travel writer LAwrence Green, ‘I tell you, a shiver went through this place the day the doctor died’. 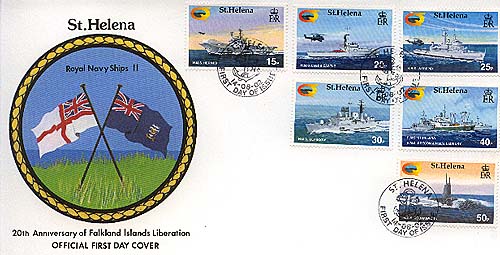 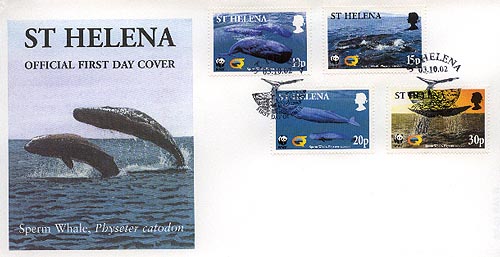 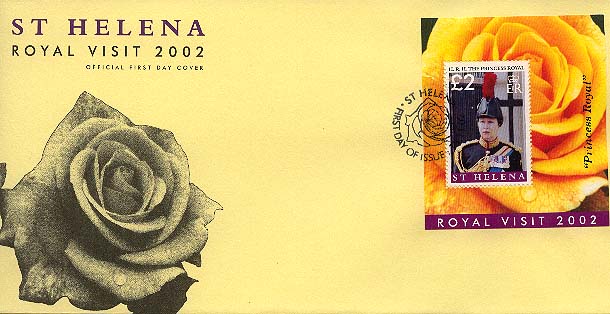 Princess Anne awarded my “aunt Eva” a MBE on her visit!

These FDC’s are available from the Philatelic Bureau.