The “new postal route” works.
Note that it is better to < omit > the words “South Atlantic Ocean” in
in this “new postal route”, so as not to confuse your local post office.
Make certain that your letter reaches the United Kingdom.
The P.O. in the UK then knows very well what to do with the letters.
Be certain to include sufficient return postage inside your letter :
( 3+ IRC’s or 3+ USDollars, or 5 Euro or 5 GBPounds (smallest banknote)).
Be sure to put sufficient postage < on > your letter. You need airmail postage to
the most remote country in the world ( even if you are in the UK) .
From Germany, Euro 1.70 ; from USA, 94 cents ; from UK , 81 Pence.
This is for a standard, airmail, “world”-letter of (max.) 20 grams (USA: 1 ounce) weight.

The first two reception reports have reached Ascension Island.
— Christian Ghibaudo, France, sent his report on 18. November
— Richard Mitchell , Raleigh, NC, USA, also sent a report
Both of these letters arrived on Ascension on 26. November.
In the mean time, several other reports have arrived.
The Royal Mail Ship RMS St. Helena will pick these letters up
at Ascension on 07. December and deliver the letters to St. Helena
on 09. December 2008.

The RSD 2008 QSL is, as of December, 2008, still being designed.
The cards will, probably, be printed in January of 2009.
It will then take about two months to ship the cards to St. Helena.
From about April or May of 2009, RSH will be able to actually fill in the
details and sign the QSL cards. That may take a month or two.
Therefore, the RSD 2008 QSL cards will, probably, not be sent to SWL’s
before about July of 2009. This is the usual procedure and has been the
approximate time table of events in the past years.

Unfortunately, the SUN did not help at all with the propagation of radio waves
via the ionosphere this year, and we are still at the bottom of the old sun-spot cycle.
Reception around the world was , generally, not good. Japan, however, had some
phases of wonderful reception, but many areas of Europe and USA heard almost nothing.
Lucky were those DXers who have big antenna systems in the right direction.
Among others, Anker Petersen (DSWCI) , Glenn Hauser, and Jerry Berg have published
excellent and detailed summaries of the reception conditions in many parts of the world.
Simply put, that is the way things are on the shortwaves. The shortwaves are like a box
of candy, you never know what you are going to get.

The RSD 2008 Team at Radio St. Helena sends their thanks to all SWL’s everywhere and
sincere best wishes to everyone for current Holiday Season and for the New Year 2009.

The Herald had an article on RSHD2008 – check here!

The QSL procedure is as usual but use the address as stated below:
Radio St. Helena , P.O. Box 93 ,
Jamestown , St. Helena,
STHL 1ZZ , South Atlantic Ocean
“via UK and Ascension Island”

Preparation for this years transmisson –

Trainee Miss Ashton Yon (17) has been busying herself with decorating the notice board here at Radio St Helena in preparation for the big day ( Radio St Helena Day 2008, November the 15th, 2008, on 11092.5 KHz in USB ). On the board are selected pictures sent in by DXers from around the globe, and there are also pictures including the operator together with radio equipment. Dxers also sent recordings of the reception of RSD, and some even sent us pictures of themselves and families. Radio St Helena looks forward to the great response during and after the next Radio St. Helena Day broadcasts! Now is the time to get ready for the next “Party-On-The-Air” with Radio St. Helena ! 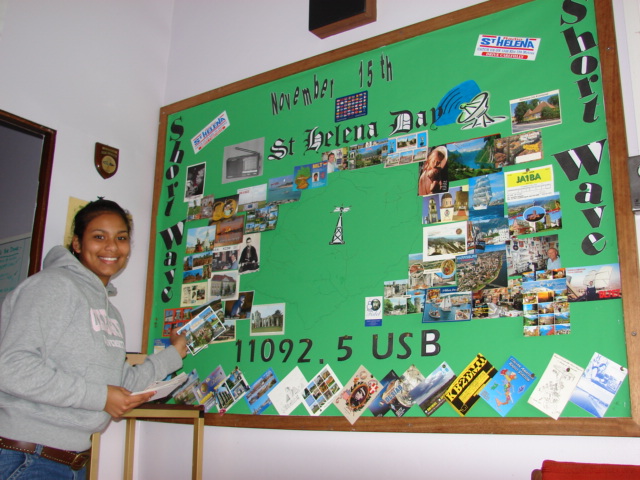 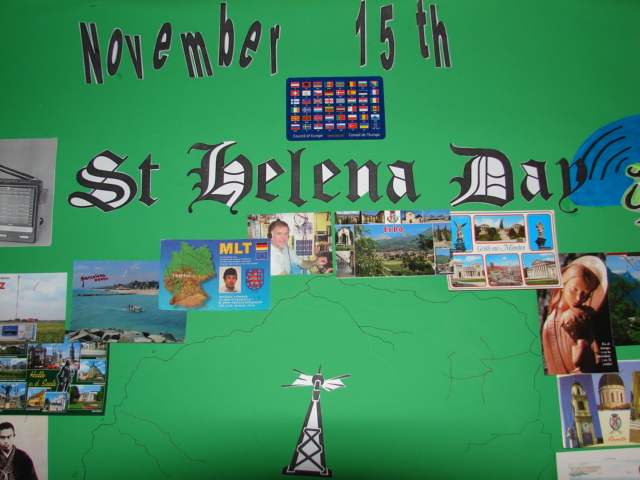 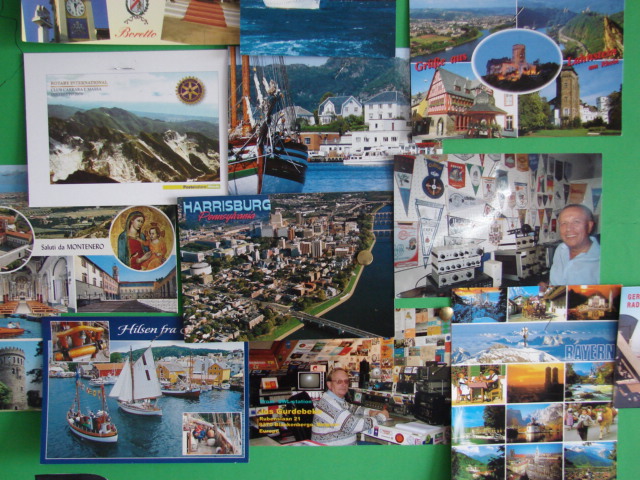 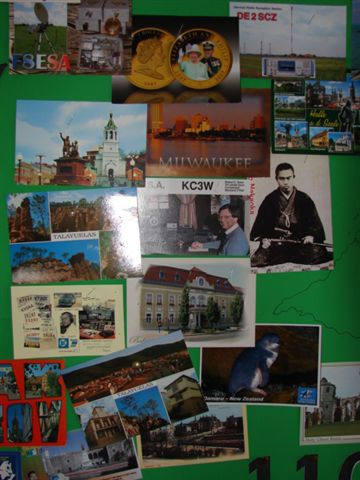