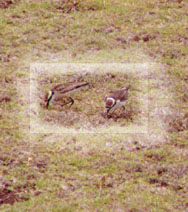 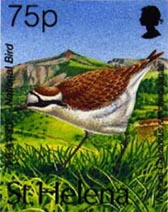 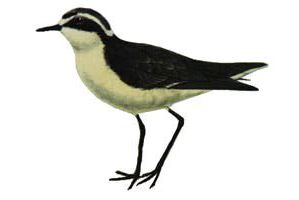 The Wirebird Chardrius sanctae helenae is the last surviving endemic land bird on St Helena. The wirebird is closely related to the Kittlitz’s Sand Plover C. pecarius of Africa although it is larger and has a different marking. The bill of the wirebird is also longer. It is not known when the wirebird’s ancestors first reached St Helena but bones were found by Olson(1975) that appear to be at least 1,500 years old. An English traveller Peter Mundy recovered a small land fowl that resembled the lapwing in 1634 that could have been the wirebird. 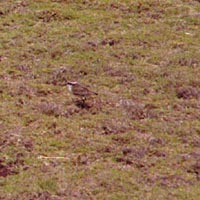 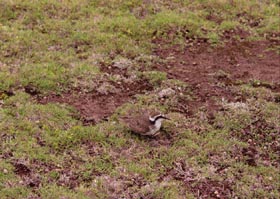 The first field study on the wirebird was carried out in 1985, the project lasted four months and provided much new information on breeding and social behaviour. Dr. Neil McCulloch came to the island in 1989 to carry out a survey to find out more about the the status and ecology of the wirebird. He estimated the total number of birds on the island determined their preferred habitat and assessed threats to their survival. The number of birds has declined over the past years. In 1989 there was a count of 466 birds. In 1993 there was a count of not less than 350.

The Wirebird prefers flat areas of short grassland with patches of bare ground. They feed mainly on caterpillar’s beetles ands snails. Breeding takes place throughout the year but most nesting occurs in October-March during the dry season- Two eggs are commonly laid. The rate of success of rearing two chicks is thought to be low. Cats, rats and dogs are mostly likely to be predators of these birds by chasing adults, eatling small eggs and chicks. Mynas are found at all wirebird sites and are known to approach and raid the nests of the wirebird.

Disturbance by livestock and vehicles also pose a major threat to ground nesting. The over grazing of pastureland and the construction of new buildings have an effect on these birds.
Dr. Neil McCulloch has funding to carry out a three-year project. The project will be used for research and monitoring to determine the current status of the population and assess current threats to the wirebirds persistence. 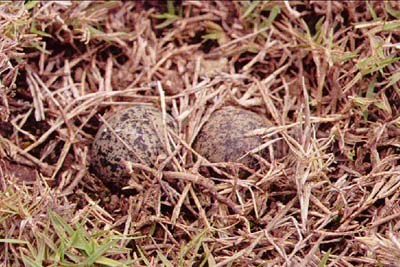 More on The Wirebird

Photos taken at Man and Horse, December 1997 by John Ekwall